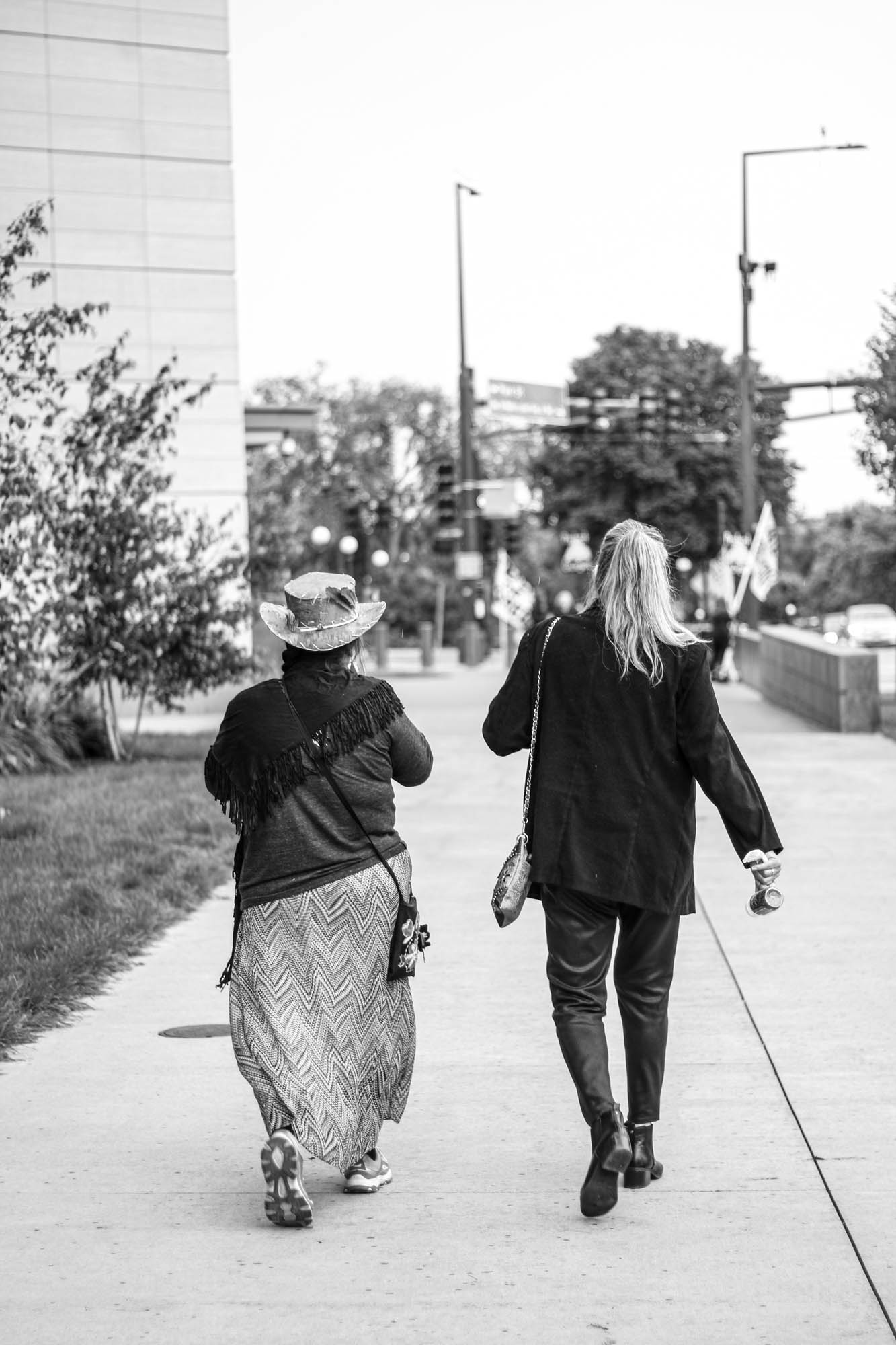 The hearing was scheduled for 9:30am at the Senate Building in Downtown St. Paul near the Minnesota State Capitol. We arrived slightly before 7:00am to an already-formed queue of humans wearing matching blue “Minnesotans for Line 3” shirts, fleeces and hats which were being distributed to those in the line. 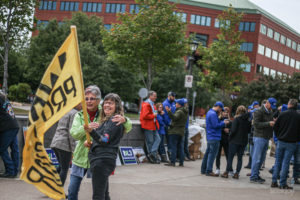 The PUC’s meeting lasted approximately 12 minutes and no intervening parties were given the opportunity to speak beyond providing introduction at the start of the meeting. The PUC questioned Minnesota’s Department of Commerce representative Louise Miltich primarily regarding the “scope” of the supplemental steps to bring the EIS to adequacy as it pertains to the Lake Superior watershed. 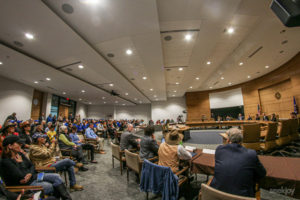 The meeting came to close with a motion from Commissioner Lipschultz: “Move that we request the DOC EERA, the Department, revise the final EIS to include an analysis of the potential impact of an oil spill into the Lake Superior watershed consistent with the court of appeals decision and submit a revised final EIS to the Commission within 60 days.”

Lipschultz added that the Commission also moves, “delegation to the Executive Secretary, to issue a notice of comment and set appropriate comment timeframes consistent with applicable Minnesota rules.”

The motion carried without opposition by any of the commissioners.

After the hearing we spoke with Scott Strand, the attorney representing Friends of the Headwaters, who described the impacts of the PUCs decision in terms of the movement to stop the Line 3 project from being constructed.

Outside after the hearing we had a brief chance to speak with Giiwedinookwe (Northwind Woman), who traveled several hours to attend the hearing and was almost denied entry because the hearing room was at capacity, for her thoughts as an Anishinaabe woman.

We began capturing media when we arrived and continued to document as the day progressed. We compiled the footage into a longer-form montage at the beginning of this post in an effort to paint a more wholesome picture of how the day progressed.

The video has also been posted to the seekjoy facebook page and can be viewed here: https://www.facebook.com/SEEKJOYco/videos/717151798799073/

Photos captured from the day can be found using the following links:
High Resolution Image via SmugMug
Watermarked Images via Facebook Here

“PUC Adds Conditions to Enbridge’s Line 3 Approval, But Only Those Acceptable to Enbridge” – Healing MN Stories