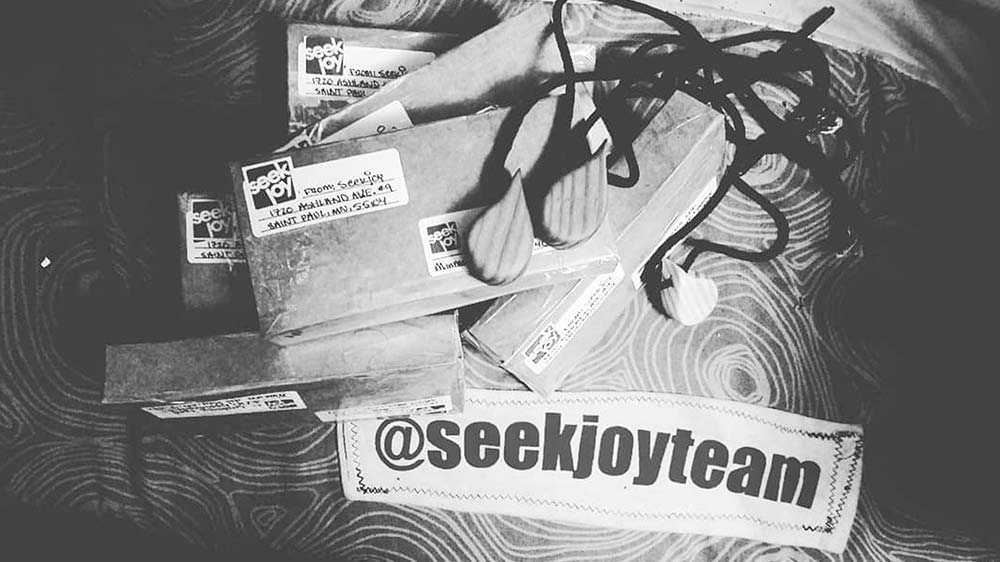 SEEKJOY has officially shipped the first round of Water Droplets! For those who placed orders as part of the first batch – please accept our apology – it’s been a busy month!

For those who are just tuning in… We’ve been working to establish a mechanism for funding the work we do. The backbone of most media companies is either advertising and/or a pay-per-view/subscription model. This type of revenue generation conflicts with our mission and seems to threaten the integrity of the stories we share.

Another typical stream of income for a media company would be doing “work for hire” on the side which could fund the “free stuff” and keep the lights on… Again, this is a conflict because when on-location somewhere we’re looking to tell the story that transpires from what is taking place, not through the lens of a specific sponsor, non-profit, private-interest group etc. We’re not saying this is always a bad thing, but it’s just not what we’re here to do.

If you find us capturing media on a frontline somewhere and ask, “Hey, who are you shooting film for?” There’s a good chance you’ll get a response something like, “the people.” That’s exactly WHO we’re working for, it’s just a question of HOW to keep that going.

We’re not, currently, incorporated as a Non-Profit organization. We certainly aren’t, at this point, making “profit” but we’re a social entrepreneurship venture with an aim to inspire and catalyze radical social change with the products we offer and have in the works. One of the “products” which you might have seen is the small water droplet pendant.

What’s the big idea? Well, first off, it’s a symbol. It’s not the kind of “Jewelry” that’ll make you look and feel like the richest human on the block but that’s not the point. Eoin walks us through the concept behind the water droplets in the video below:

The Water Droplets are made from landfill-destined pallet lumber. The pallets are broken down and the water droplet shape is stenciled onto usable sections. Via solar power we cut out the water droplet shape with a jigsaw, shape them briefly with a knife and sand them until they’re smooth. The water droplets are shipped in boxes that have been made from used 24-pack cartons we’ve pulled from recycling bins. We’re still workin off old tape-stock, but we’re starting to run low and will be investing in a plant-based tape that is fully recyclable and biodegradable for all future orders once we’re out of the current tape we’ve had laying around for years.

The best part of wearing one of these necklaces that we’ve heard so far is that when people say, “Hey, I like your necklace” or something like that, it opens the door to a conversation about what the necklace means and that IS the goal; humans talking to humans.

The Water Droplets are available via the SEEKJOY Community Marketplace here: