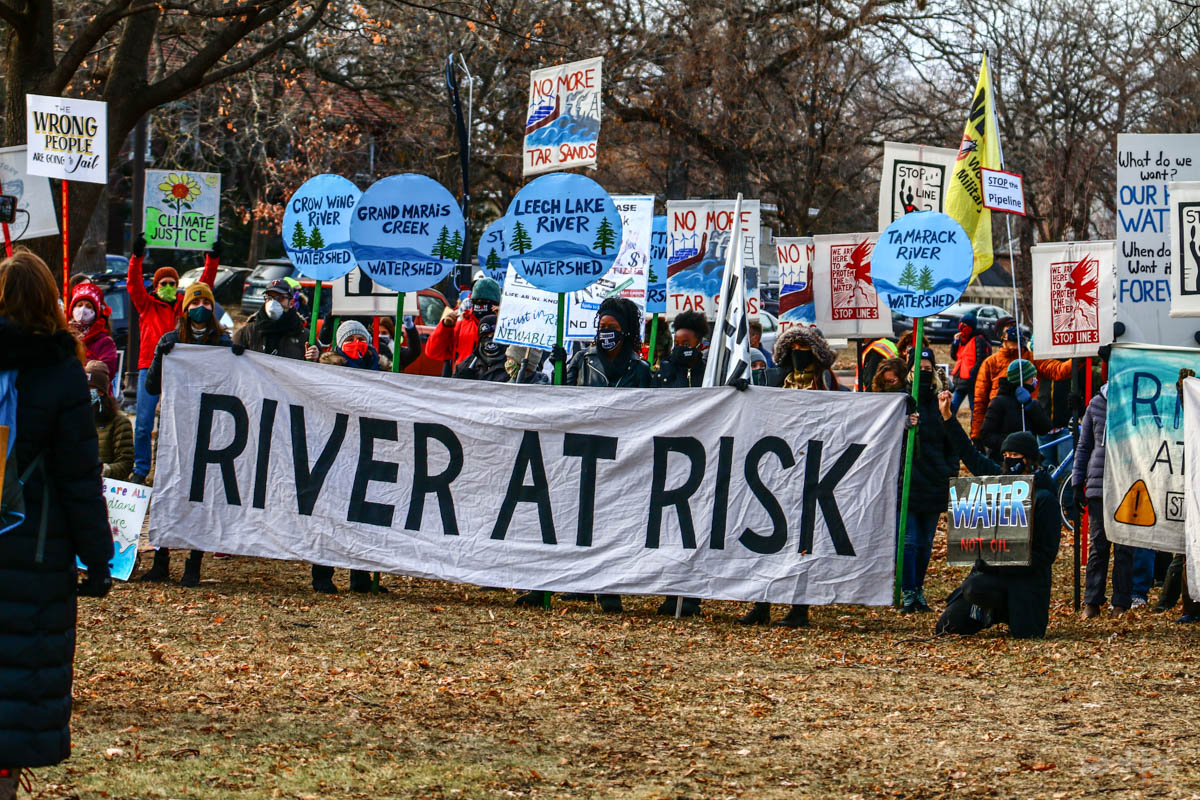 The gathering, organized by MN350’s Pipeline Resistance Team, began with a rally & speakers on West Mississippi River Blvd in Minneapolis. The group then departed from the green space onto the sidewalk of Lake/Marshall Bridge, eventually shutting down traffic on the Bridge for approximately 30 minutes.

The primary message of the action was “River at Risk”. North of Lake/Marshall bridge approximately 150 miles is Palisade, MN, where Enbridge Energy is currently clear-cutting forests to make way for a drill pad which is being positioned bore under the Mississippi River so that Line 3 can cross underneath. 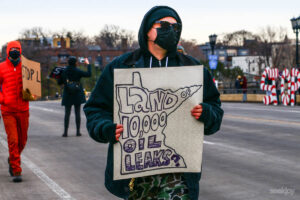 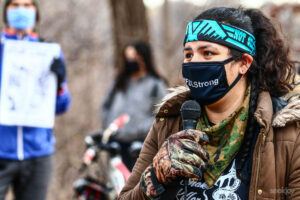 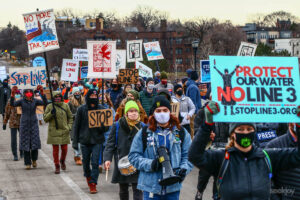