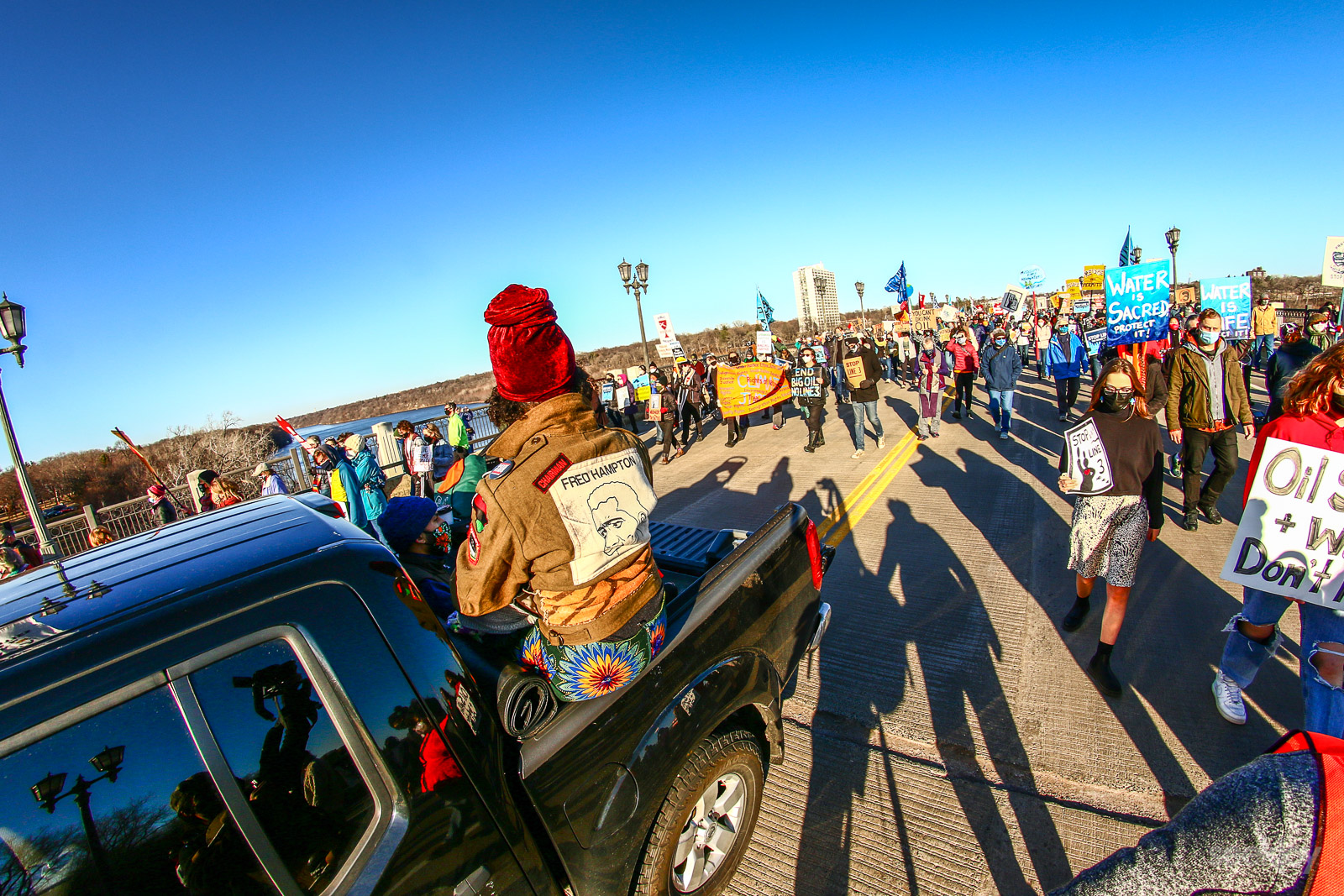 Rise By The River to Stop Line 3 [Photos]

400+ humans convened at a scenic overlook on the Mississippi River in St. Paul, Minnesota for Rise by the River to Stop Line 3, a multi-faith gathering to stand in solidarity against the Line 3 Tar Sands Oil Pipeline being constructed approx 150 to the North.

The gathering was the featured US event organized as part of the largest ever grassroots multi-faith day of action demanding climate action in over 40 countries. The event began as a prayer circle at scenic overlook along Mississippi River Blvd which led to a march across the Ford Parkway Bridge, ending outside of the entrance road to the Army Corps of Engineers’ Lock & Dam #1. The event featured the exceptionally talented Jayanthi Kyle, who graced the group & march with music. 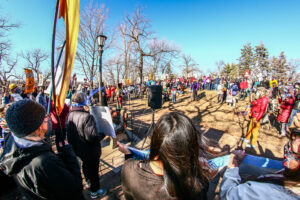 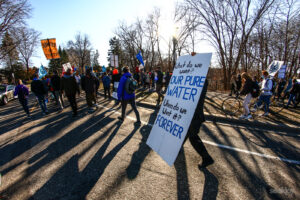 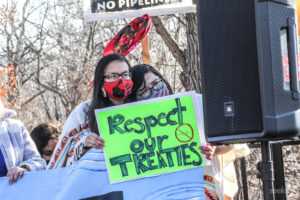